Letter from the Founder & Executive Director 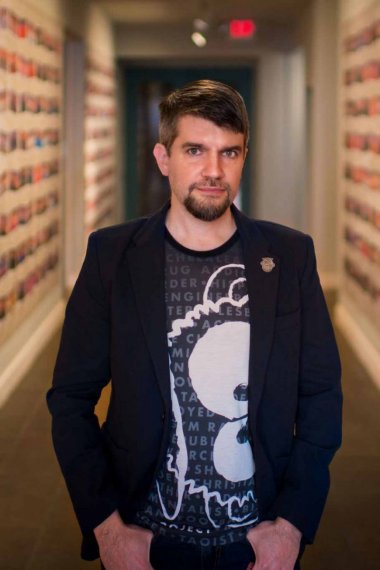 It’s amazing to think that we’ve finished our first year as a nonprofit organization.  First and foremost, thank you to everyone that has helped make it happen. Thank you to everyone who was photographed and shared their stories, and to the volunteers that helped them.  Thank you to the organizations that welcomed us into their communities for events, and the venues who believed in the message to install temporary or permanent exhibits of the results. And thank you to the donors and sponsors that supported us.  Special thanks to my first Board of Directors in using their experience and passion to help turn my personal art project to a successful nonprofit organization in its first year.

We’ve continued to grow this year with 24 events up from 14 last year.  We photographed 1,273 more people as well as Trax the railyard dog; Jake the Lion; and a t-rex who had a difficult time reaching their eyes, ears, and mouth but tried really, really hard.  The groups we’ve been able to work with this year and give a voice to has also grown to include more cities, the elder community, police and fire departments, the Muslim community, and people with intellectual and developmental disabilities.

Our biggest accomplishment was six months of photo shoots culminating in our first solo exhibit at an art museum thanks to the Fitchburg Art Museum.  Then this spring, the project came to the stage for the first time with Cierren los ojos, a play written and performed by The College of the Holy Cross’s Uni2ACT troupe.

Although I’ve worked with nonprofits professionally in web and print design for over 28 years now, running one is a completely different story.  But with the help of my board and my nonprofit clients I’ve learned a lot as quickly as possible, and thanks to your support we’ve finished in the black in our very first year which means we’re off to a good start!

In the upcoming year our curriculum team will be rolling out social-emotional learning activities for schools and youth programs around the messages of the project including empathy, comfort with differences, identity exploration, and anti-bullying, something I could have never done on my own.  We still have many challenges including expanding into more photo shoots at corporations to support our mission, writing more grants, and increasing our pool of volunteers so we’re not as limited in the number of events we can do. However, I’m encouraged that more and more people continue to learn about the project including the world of politics, as evidenced a few months ago when I picked up the phone and when the person told me she was calling from the Mayor’s Office, I had to say, “Can you be more specific?” since I was photographing two different mayors for the project that week.

Despite a world where people seem more divided than ever and groups encourage division for their own gain, we will continue to challenge the stereotypes of more people and communities in the coming year by giving them a voice to share their good deeds.  We will help people find commonalities and start conversations with others they may think are so different. Remember, see, hear, and speak no evil doesn’t mean to ignore negative things that are happening, but to stand up to them rather than letting them become part of you.

Thank you again for believing in our mission and supporting us.  Let’s see what we can do!