Connecting through No Evil Project Conversations 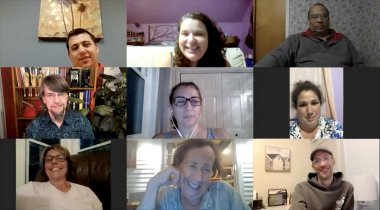 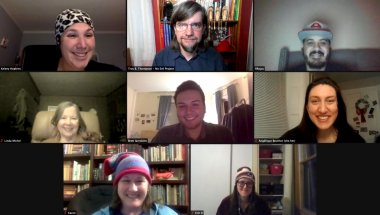 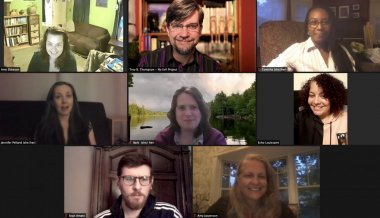 Over 9,000 people have been photographed for the No Evil Project so far and shared a little bit about themselves, but that’s just part of their story.  We’ve had great conversations at photo shoots with people about their labels or why they became part of various groups and we wanted a way to continue those conversations and share them with others.  At the same time, social distancing and stress of the pandemic has made many people feel isolated and deal with anxiety and depression that they may not be used to, so together with Amy Ebbeson, a friend of the project and mental health expert, we created No Evil Project Conversations.

We got a diverse group of strangers together online once a week for five weeks to talk about what was going on in their lives as well as talking about differences.  The theory being that as we got to know each other more, we could talk about dicier topics.  We started with age the first week, then moved to mental and physical differences, then race, then religion, and finally politics.

So even though people were physically distancing they were meeting people they wouldn’t normally run into and learning more about people that are different from them.  Rather than debating, people share their personal experiences so you can learn where they’re coming from even if you don’t agree with them or can’t relate.  But many times, we find a lot of commonality as well.

It worked even better than planned and we had a great time.  In addition to learning more about people that were different from them, participants helped others in the group connect with resources and experts, and we also learned about some great new restaurants and movies to check out.  Many people have continued to meet after the five weeks were over, and we’re growing a community that will extend to in-person meetings in the future.

The opportunity these gatherings allowed for folks to reach out, to listen, to support, and to share, was wonderfully intimate and humanizing. I loved how it made me feel connected, especially in these more isolating times. Technology and focusing on NO EVIL in all those around us has been a gift for these times.